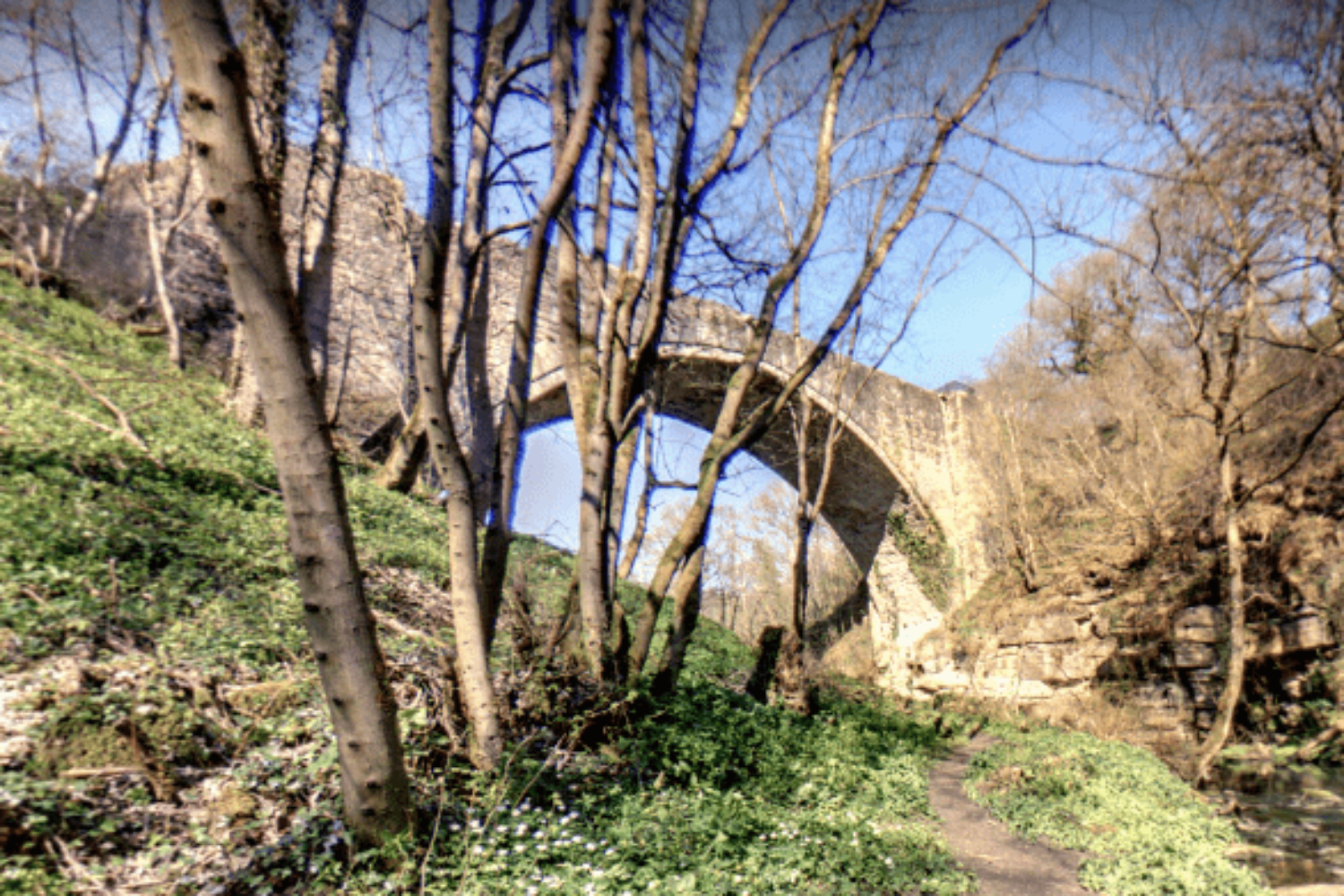 The Causey Arch is a bridge near Stanley in County Durham, northern England. It is the oldest surviving single-arch railway bridge in the world, and a key element of the industrial heritage of England.

It was built in 1725–26 by stonemason Ralph Wood, funded by a conglomeration of coal-owners known as the “Grand Allies” (founded by Colonel Liddell and the Hon. Charles Montague) at a cost of £12,000. Two tracks crossed the Arch: one (the “main way”) to take coal to the River Tyne, and the other (the “bye way”) for returning the empty wagons. Over 900 horse-drawn wagons crossed the arch each day using the Tanfield Railway.

When the bridge was completed in 1726, it was the longest single-span bridge in the country with an arch span of 31 metres (102 ft), a record it held for thirty years until 1756 when the Old Bridge was built in Pontypridd, Wales. After he designed the bridge, Ralph Wood was so afraid that his arch would collapse that he committed suicide, but the bridge still stands today (Wikipedia)

This website uses cookies so that we can provide you with the best user experience possible. Cookie information is stored in your browser and performs functions such as recognising you when you return to our website and helping our team to understand which sections of the website you find most interesting and useful.

Strictly Necessary Cookie should be enabled at all times so that we can save your preferences for cookie settings.

If you disable this cookie, we will not be able to save your preferences. This means that every time you visit this website you will need to enable or disable cookies again.